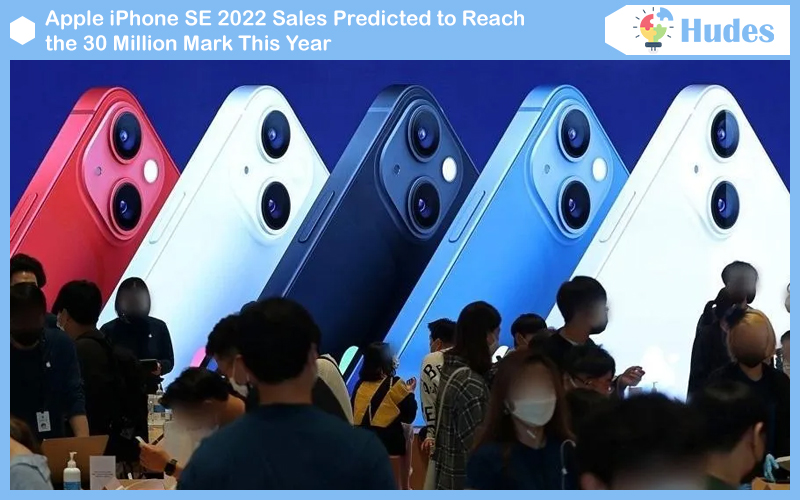 The iPhone SE 2022, the newly launched model by Apple is predicted to hit the 30 million mark in terms of sales is this year. This prediction is made by expert analysts after comparing the 25 million predictions for the iPhone SE 2020.

As reported by the media, the newly launched iPhone SE is expected to boost Apple’s entry-level models, especially in regions located outside China. The sales prediction is based on the powerful 5G capabilities of the device.

Based on DigiTimes research analysts Luke Lin and Sean Lin, Apple has an abundance of components for releasing about 5 million new iPhone SE 2022 models just in the first quarter of this year. But it claims that the shipments for the cheaper devices might be lower than in the first half of the year.

Data from Digitimes Research reveals that Apple iPhone SE 2022, and new 5G based phones from Samsung and other Chinese manufacturers, are expected to heavily boost the shipments of 5G mobile phones in non-Chinese markets this year.

In the first half of this month, the tech giant unveiled its third-gen iPhone SE (2022) model at its Peak Performance event. It was Apple’s first event of 2022 where they announced the launch of the new iPhone SE 2022 model.

The new iPhone SE 2022 model is equipped with Apple’s A15 Bionic SoC chipset, which was introduced last year with iPhone 13 series.

The new iPhone SE 5G will be available for sale from 18th March onwards, while pre-orders will open on 11th March.

Looking at the new iPhone SE 2022 model, we can say that Apple hasn’t changed the design much. It looks similar to its predecessor. However, the latest model comes with 5G support, which was not included in the earlier model.

The new iPhone SE (2022) also has the power of the A15 Bionic chip, the same processor which was is available in iPhone 13 lineup and as a sixth-gen iPad tablet.

Apple fans can now place their orders for iPhone SE 2022.