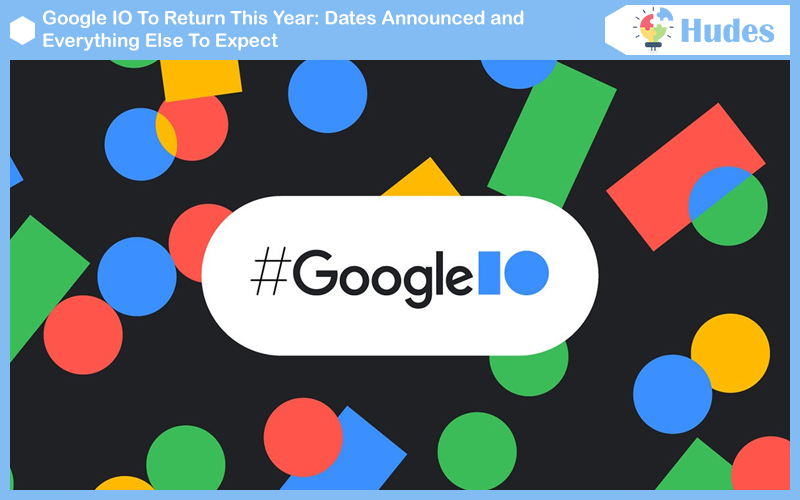 According to reports, Google IO is making a comeback this year. Google’s CEO, Sundar Pichai announced that Google’s annual developer event will be held on 11th and 12th May. Just like last time, the Google IO will take place online. However, there are possibilities that some important parts of the event will be streamed live from Shoreline Amphitheatre, which seems to be Google’s favourite venue to host IO conferences.

Pichai wrote in his tweet that they will live stream this year’s Google IO conference from Shoreline Amphitheatre. He asked his followers to join the live stream on 11th and 12th May. However, he did not disclose anything about the conference or what to expect from it. Based on previous IO conferences, we are expecting this year’s conference to be on Android 13.

Even though coronavirus cases have reduced in the US, Google is taking full precautions, and therefore, they have opted for an online conference, instead of an offline one. But this year they will be streaming some parts of the conference for which they have invited a limited number of the online audience. The conference will be streamed live from Shoreline Amphitheatre.

According to a Google spokesperson, this year’s conference will be streamed live in front of a limited audience. He also mentioned that the live stream is open and free to join for everyone.

Google told Axios, that the limited invitees may include some Google partners and employees.

Google will not charge any registration fee for its IO 2022 conference, which indicates that anyone can join it. However, the tech giant is yet to announce the exact date of registration.

What to expect from Google IO 2022 conference?

Last month, Google announced the preview of Android 13. At that time, the company didn’t reveal any of the key features. At the upcoming Google IO 2022 conference, the company is expected to focus on Android 13 and the improvements made in Android 12.

Google made several announcements at last year’s IO conference. This includes Material You, Android 12, Wear OS 3, Google Starline, and Google Workspace. We expect the same in this year’s IO as well.