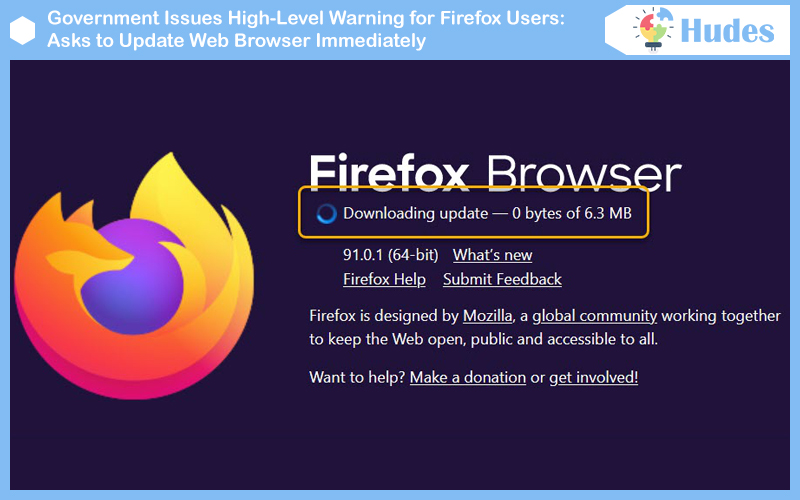 The Indian government passed an urgent warning for people using the Mozilla Firefox web browser to access the internet. One of the latest updates released by the Indian Computer Emergency Response Team (CERT-In) stated that Mozilla products are found to have several security issues and vulnerabilities.

CERT-In also mentioned that these vulnerabilities can be taken advantage of by cyber attackers or hackers. They could try to conduct spoofing attacks, bypass security restrictions, steal sensitive data, and execute arbitrary code.

It is revealed by the security agency that all versions of Firefox released before the Firefox 98 update are affected by security vulnerabilities. This includes the Mozilla Firefox Thunderbird version and Mozilla Firefox ESR version as well.

In the latest advisory, CERT-In explained that these security vulnerabilities exist in all Mozilla products due to thread shutdown and use-after-free in-text reflows. They have warned users about the security vulnerabilities and asked them to get the latest Firefox update. Not updating the browser can put users at risk of cyber-attacks and hacking.

CERT-In also went to the extent of explaining how hackers could take advantage of these vulnerabilities to get to users’ data without their permission.

The authority explained that a remote attacker can take advantage of these vulnerabilities by convincing a victim to click on a specially created website or link. This would allow the attacker to bypass security restrictions, steal sensitive data, conduct spoofing attacks, and execute arbitrary code. They might also cause a denial of service attack on the system.

CERT-In has passed an urgent warning, asking users to immediately upgrade their Firefox browser to the latest version. By doing so, users can browse the internet safely and securely.

How to update the Mozilla Firefox browser:

Mozilla Firefox browser can be updated in a few easy steps.

If you are a Firefox user and have yet to upgrade your browser, you should do it immediately to keep your device and data safe from cyber-attackers and hackers.