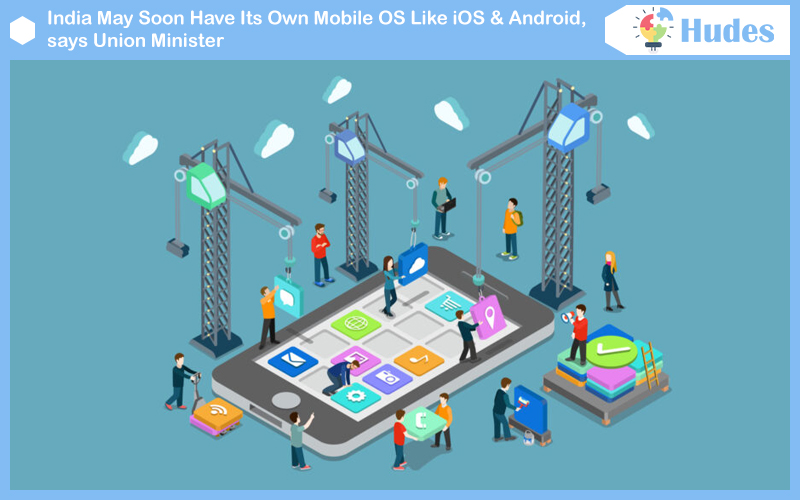 Rajeev Chandrasekhar, minister of State for Electronics and Information Technology spoke about building an ecosystem for the creation of an alternative operating system for smartphones and computers. He passed this information while being in Parliament.

When it comes to smartphones, it is either iOS or Android. There are no other operating systems in the market. The software ecosystem for smartphones is currently in a duopoly between Apple and Google. However, companies like Microsoft did want to change the market structure but failed to do so.

The government of India is planning to challenge both Apple and Google and build a new mobile OS. Rajeev Chandrasekhar conveyed the same to the Parliament.

Chandrasekhar told PTI that the Indian government is planning to develop a new OS so that they can build an innovative and vibrant design in the Electronics and Information Technology sector.

But the government is yet to collect funds to support this new idea. P Chidambaram asked whether the Indian OS will be available only in India or not. In response to this Chandrasekhar said that there is no policy to limit or stop the export of software products that are made in India outside the country. This can be a hint that the government has plans to promote the mobile OS on a wider scale.

According to reports, Android occupies 95.84% of the mobile phone market in India, while iOS has a share of only 3.1% in the market. The biggest reason behind Android dominance is that Android phones are much cheaper than Apple iOS. Brands like Realme, Redmi, and Samsung offer high-performance smartphones at very cheap rates.

However, the leading operating system in the computer sector is Microsoft Windows. According to reports, it occupies around 85.79% of the total computer segment in India.

He also mentioned that the government is looking for academic institutions and start-ups that are interested to join and developing a desi OS for the country.

In the past, many companies have tried to challenge and overthrow Google and Apple in the OS market. However, they have not been very successful in their attempts. Microsoft’s Windows Phone and Samsung’s Tizen OS lasted only for a while before they got removed from the market.