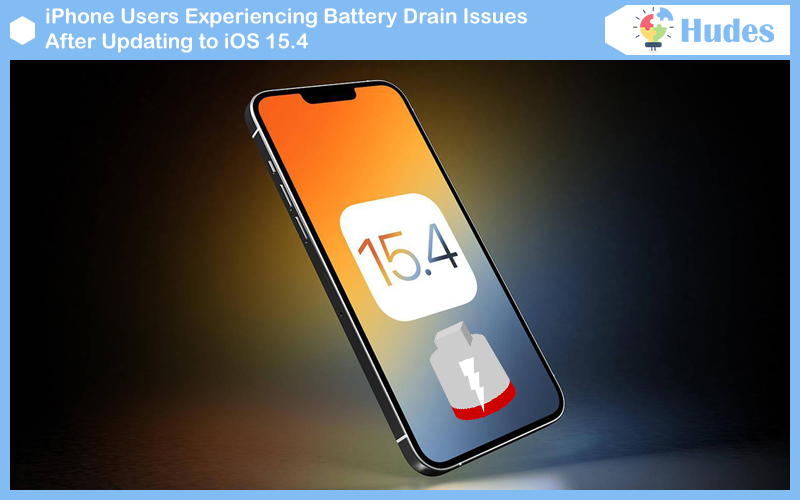 Several users tweeted about facing battery drain issues on their iPhones, after updating to the new iOS 15 updates.

If you have recently installed iOS 15.4 on your iPhone, you are likely to experience battery drain issues on your device.

The iOS 15.4 update by Apple comes with a series of new features, including the ability to unlock an iPhone while wearing a mask.

However, many users have reported issues regarding battery drainage, after getting the latest iOS update. Several iPhone users tweeted the same on their Twitter handle to let Apple know about the issue they are facing.

According to users, the problem occurred after installing the new iOS 15 update.

A Twitter user named Oded Shopen wrote that the new iOS update is killing the battery life in his iPhone 13 Pro Max. He mentioned that previously he didn’t have to charge his phone every day. But now his phone’s battery life is going down to half capacity just by mid-day.

Some users complained about their battery percentage being stuck at a particular amount even after restarting the phone several times. According to them, their phone is not showing the correct battery percentage.

However, this issue doesn’t seem to be a permanent one. An iPhone usually takes a couple of days to recalibrate, so there are chances that the battery problem will be resolved soon.

Despite all the user complaints, Apple didn’t comment anything on the issue faced by its users.

The latest iOS 15.4 was introduced earlier this week. If you have downloaded the new iOS update and facing the battery drain issue, you will have to be patient till a solution is found.