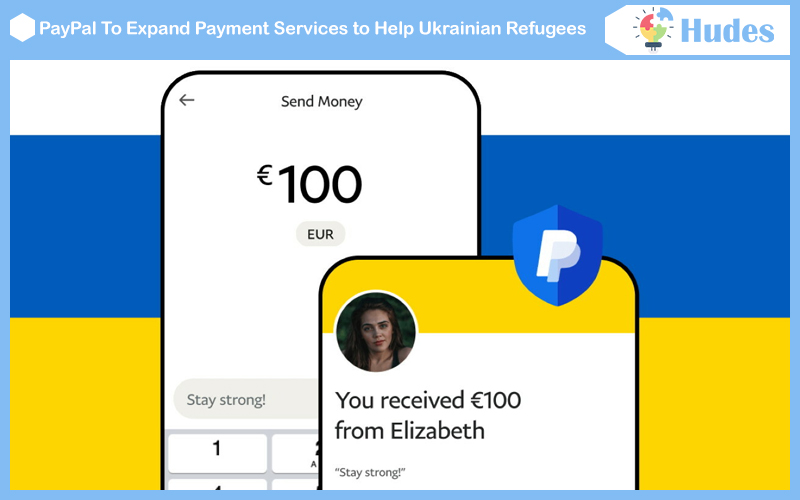 Since the beginning of the Russia Ukraine war, more than three million people have fled from Ukraine. The Russian forces invaded Ukraine on 24th February.

A senior Ukrainian official said that it was a huge help to Ukrainians as Russian forces continued to invade their country.

Dan Schulman, chief executive officer of PayPal sent a letter to Deputy Prime Minister, Mykhailo Fedorov. In the letter, he said that Ukrainian citizens can also send and receive funds using their PayPal accounts. This service will be available to all eligible debit and credit cards. The company has also dropped fees on such transactions till 30th June.

Since 24th February 2022, more than 3 million Ukrainians have fled the country to seek refuge in other countries. Russia has described their action of invading Ukraine as a “special military operation.”

PayPal’s decision to expand its services will help Ukrainians to send and receive funds from family and friends from other countries.

Ukraine’s alternative executive director at the International Monetary Fund, Vladyslav Rashkovan, said that PayPal can also be used to send payments by governments.

He also praised Schulman and his decision to make such a move. He said that this move will make a big difference to the people of Ukraine.

Rashkovan also mentioned talking to some Ukrainian citizens outside his office as he wanted to know what they feel about the new PayPal service.

Ukrainians have opened new accounts on PayPal.com to receive and send money to their friends and relatives. Ukrainian officials wanted to expand PayPal services since 2015 after the Crimea region was annexed by Russia.

PayPal said that they will make the services available from Thursday. This will help customers to receive and send money in dollars, British euros/pounds, and Canadian dollars using their Ukrainian PayPal account.

The money transferred by a customer from their PayPal account to an eligible MasterCard or Visa credit or debit card will be available in the currency that is associated with their card.

PayPal has also dropped its fees on such transactions. The company have been doing so for several weeks now. However, it should be noted that exchange fees and rates by a customer’s bank or card issuer may still be applied.

Previously, Ukrainians didn’t have the option to receive funds in their PayPal accounts. Earlier this month, PayPal has suspended all its services in Russia.