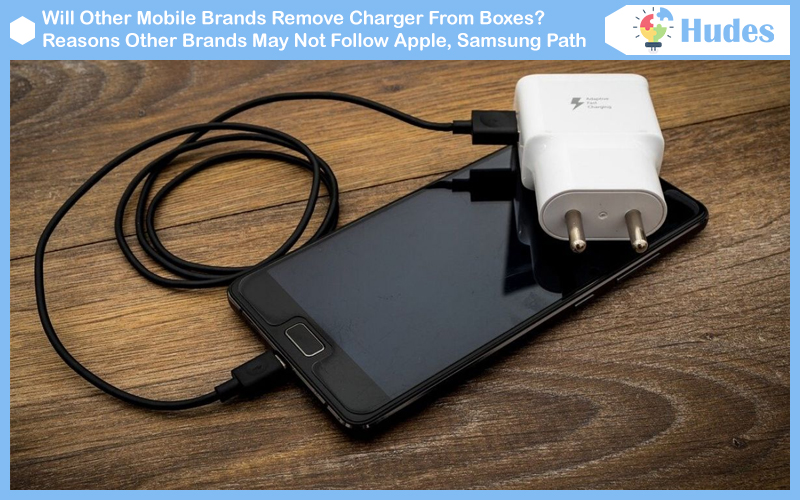 In 2016 Apple announced that they are going to remove the 3.5 mm audio jack. This stirred a wave in the mobile phone industry with other brands following the footsteps of Apple.

Like any other new tech trend, this one tried to make its way down to mid-range smartphones as well. Some of the mid-budget phones did follow suit, but the attempt to get remove the 3.5 mm audio turned into a big failure.

Even after 6 years, the 3.5 mm jack is alive and popular.

In 2021, Apple once again decided to drop a smartphone supplement, the power adapter which is considered to be an important part of a smartphone’s existence. This decision by Apple gave birth to the ‘absent charger’ trend.

After launching the iPhone 12 series, Apple announced that they are not going to include a wall adapter with their smartphones. The tech giant justified its decision by claiming that the brand is doing to reduce the carbon footprint.

During Apple’s launch event, the tech giant explained how many of their repeat customers don’t use the added wall adapter that is provided with a new phone. According to Apple, they took this decision to reduce wastage. The removal of adapters allowed them to shrink the sizes of phone packages as well. However, this decision by Apple faced a lot of criticism from users.

Moving From Premium To Mid-Budget Smartphones?

After Apple, it was Samsung’s turn to do the same. As a result, they also decided to do away with wall adapters, but only from its premium smartphone packages. The same was followed by Google as well.

With so many brands following the footsteps of Apple, many users started to fear that this trend will trickle down to mid-budget phones as well.

The belief was fuelled after Samsung launched the Galaxy F23 5G without a wall adapter.

The Power Adapter Is Here To Stay

However, we don’t think that the “absent charger” trend will apply to mid-segment phones. Other brands like Xiaomi, Realme, OnePlus, and Vivo rather focus on fast charging, which has become a key feature in today’s smartphones.

For this feature to work, brands have to provide adapters with their smartphones. It’s only Apple, Google, and Samsung that has removed power adapters from their premium phone packages.

So if you are a mid-segment consumer you don’t need to worry about the “absent charger” trend.